Advantages of using a short throw projector include the compact nature of the entire set up with minimal throw distance needed, this in turn keeps all cabling needed close to the screen and not out in the audience area. With the reduced throw distance brightness is increased meaning you can use a smaller projector to achieve the same brightness on screen. Our 3000 lumen short throw projectors are bright enough on up to 3mt wide screens with medium level ambient lighting.

If your looking for a display or audio visual solution for your next event check out our Visual Hire or Projector Hire pages and get in contact with our team at Structured Events. 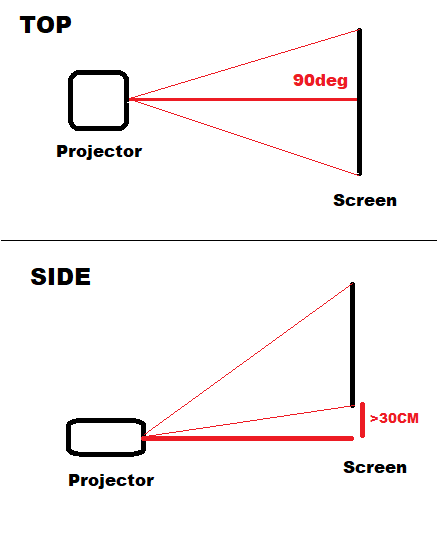